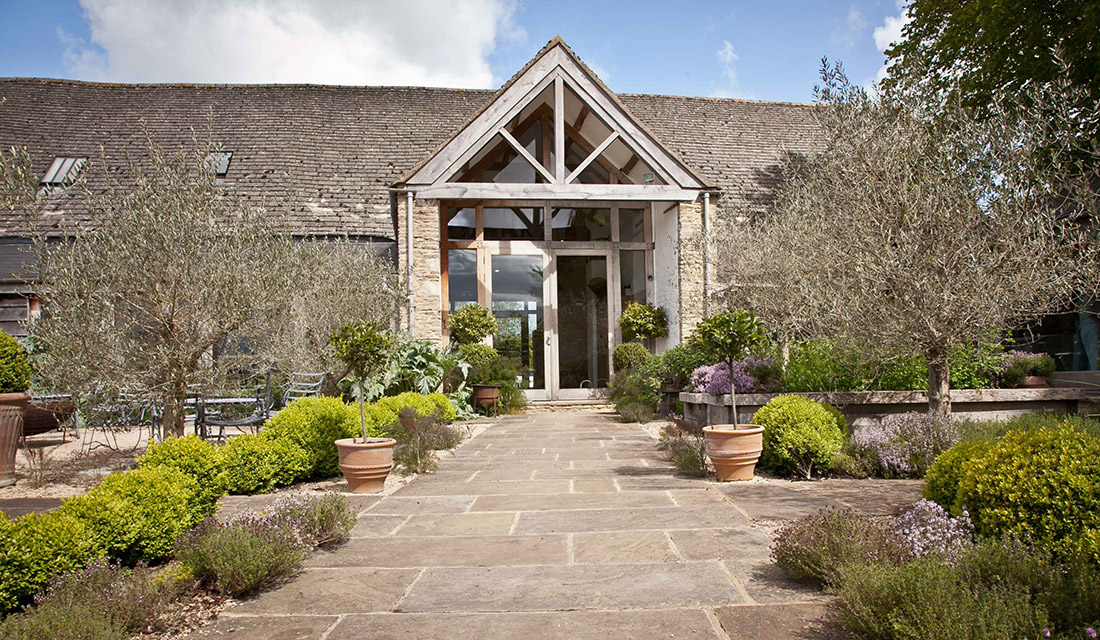 Kitchen and Bedroom: 5 of the best hotels with cookery schools

Home » Kitchen and Bedroom: 5 of the best hotels with cookery schools

Sometimes the last thing you feel like doing after cooking up a storm in the kitchen and gorging on the results is having to make the schlep home. And, you can’t  exactly enjoy that celebratory glass of wine if you have to jump in the car right afterwards.

Luckily, there are plenty of cookery schools that come with beds conveniently attached, so you can embark on your journey to culinary excellence without having to fret about rush-hour traffic on the A1 when the class wraps up.

On National Cookery School Guide, we have a handful of schools that happen to be located at some of the UK’s most beloved independent and boutique hotels, so next time you put a cookery class in the diary, why not make a minibreak of it?

Here, in no particular order, is our pick of the best hotel cookery schools…

Serenely ensconced beside the picturesque Cotswolds village of Southrop, Thyme is a cluster of 17th-century buildings scattered around 150-acre estate. With just 11 contemporary-rustic bedrooms (including two standalone cottages), it’s intimate and in demand – Thyme ranks very highly on the A-lister’s boutique-hotel hit list. Complementing its award-winning restaurant, village pub, two-acre kitchen garden,  and working farm, Thyme’s seasonality-focused cookery school is housed in a medieval tithe barn, where resident tutors and a roster of guest chefs host around eight classes a month. As if the above weren’t enticement enough, Thyme has just opened a spa on site – with a spring-water swimming pool to follow soon.

Once a medieval hunting lodge, then a royal retreat, and now a contemporary-cool country-house hotel with 32 bedrooms, a knockout spa, a cracking afternoon tea, a head-turning restaurant and a fine line in laid-back five-star glam, Lime Wood is a New Forest getaway par excellence. Like the hotel’s award-laden restaurant Hartnett, Holder & Co, its cookery school operates under the auspices of Angela Hartnett and Luke Holder, and its curriculum is steered by the same flavours that characterise Hartnett’s cooking – honest, heart-warming food with a spritz of Italy. The school maintains convivial and welcoming atmosphere of a family kitchen – the only downside to taking a class here is the danger of getting distracted by the spectacular views.

Lucknam Park is an 18th-century estate just outside Bath; a grand Palladian pile set in 500 acres of manicured gorgeousness. It’s a place where they don’t dial down the luxury – a handsome haven of ornate four-posters, chic chandeliers and dramatic pelmets. Squint and you could be in a Jane Austen novel. Given the calibre of its dining – Restaurant Hywel Jones has held a Michelin star since 2006 – you’d expect great things from the cookery school, and it doesn’t disappoint. Set apart from the main hotel in a small house in the grounds, it’s a strikingly state-of-the-art space where Hywel and his team share that Michelin magic deliver via a packed and varied calendar of courses, running five days a week.

For serious gastronomes, a meal at Belmond Le Manoir aux Quat’Saisons is a bucket-list experience, and a stay in one of the near-legendary hotel’s 32 individually designed rooms is a life goal for lovers of luxury. Set in a grandly gardened historic house in a pretty Chiltern village, Le Manoir has been Raymond Blanc’s stomping ground since he opened it in 1984, and the proud home of a twin set of Michelin stars from the off. It’s also where the superstar chef keeps his cookery school. Set within the restaurant kitchen, it offers daily classes covering every aspect of modern cookery, mostly rooted in Blanc’s own culinary journey and all led by best-in-class chefs, as well as four-day residential courses – an experience likely to make even the most seasoned cook giddy at the thought.

It’s been named as the best hotel in Britain and lauded for its 2:1 staff-to-guest ratio; its spa is a spectacle in itself and it even has treehouses to sleep in – just when it looked as though Chewton Glen couldn’t get any better, the chart-topping five-star on the south coast went and opened a cookery school. Led by James Martin and set in the hotel brasserie, The Kitchen shares the hotel’s family-friendly, everyone-welcome ethos and regularly pulls in a who’s who of modern British cookery to teach its classes, including the likes of James Atherton and Tom Kerridge.